Here at Wentworth Woodhouse, we are working hard to make our visitor experience accessible for all as we develop and regenerate the site.

Use the Accessibility Toolbar below to view the website in a format that most suits your needs.

This is a spacer block.

One of the finest and grandest Georgian houses in England

Standing in 87 acres of gardens and grounds it has extensive views over former parkland, including a deer park and lakes, which are vested in the Fitzwilliam Wentworth Amenity Trust.

The current Wentworth Woodhouse was built for the 1st Marquess of Rockingham from circa 1725, the work continuing over four decades, and then passed to the Fitzwilliam family. The house is now owned by the Wentworth Woodhouse Preservation Trust whose sole purpose is regeneration of the site for the benefit of South Yorkshire.

The house is now open to the public, Tuesday to Sunday, for morning tours, afternoon free-flow exploration and events.

With the Butler’s Pantry Café, Gift Shop and Afternoon Tea in the Long Gallery there is plenty to keep you and your family entertained. 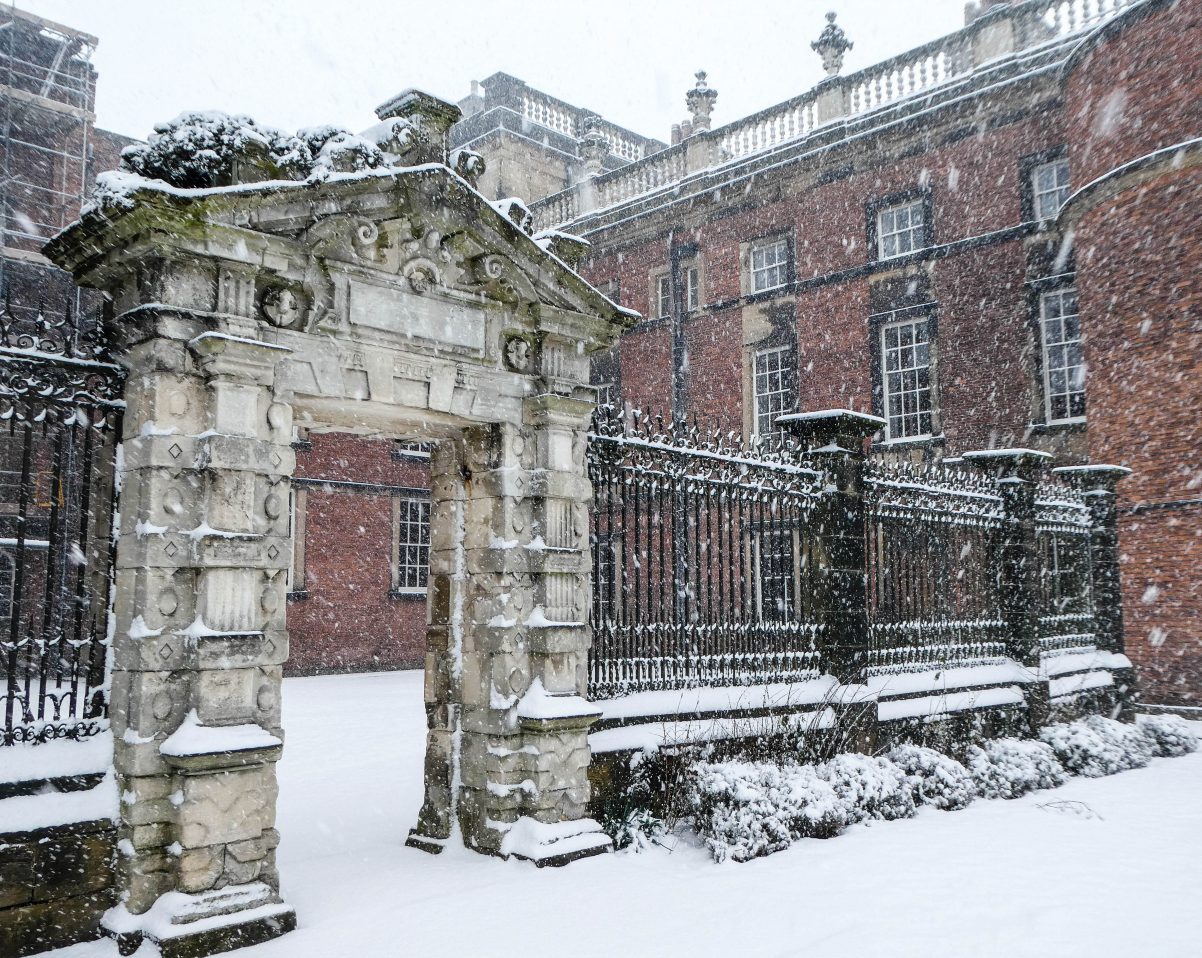 No one knows what the original house which stood here actually looked like, though the current house does hold clues to its earlier lives. The double-square court, with the Porters’ Lodge in the outer wall, is typical of houses built in the reign of Henry VIll and was of the classical style made fashionable by Inigo Jones. Traces of his influence can be seen in the Chapel Court.

One House, Many Styles

The current house was built in two main phases. The West Front, some 130 feet long, was the first part to be built in the English Baroque Style and is set against what remains of the original 17th century house.

By the time the West Front was being finished, it was already being considered not in vogue, and an East Front ‘extension’ was begun. The great East Elevation has a length of over 600 feet.

New decorative schemes and minor alterations to the form and function of rooms within Wentworth Woodhouse occurred throughout the 19th and early 20th centuries as the house passed from father to son. Electricity only came in 1904! 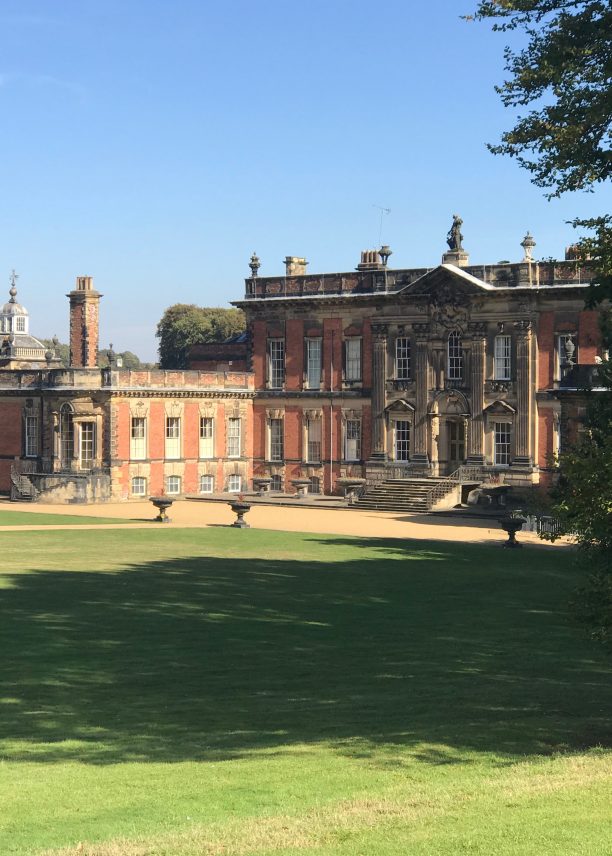 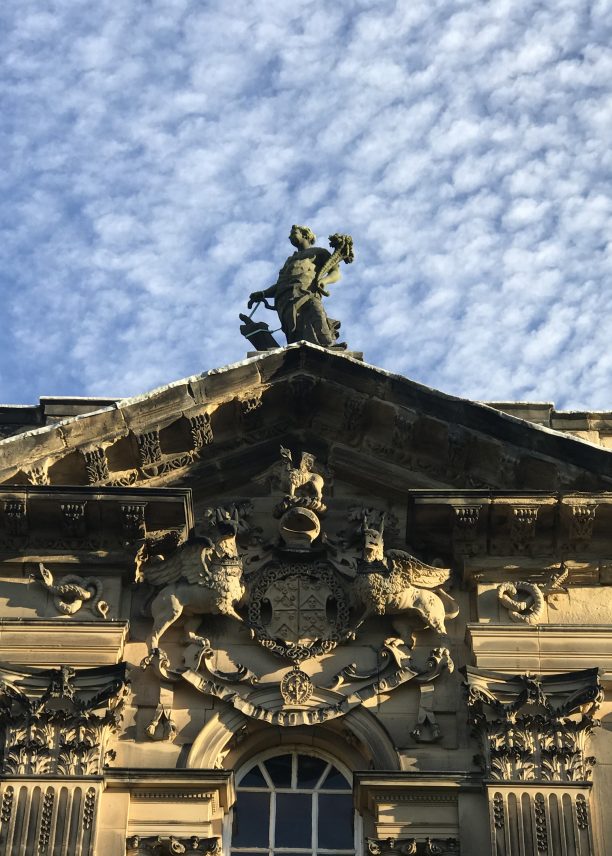 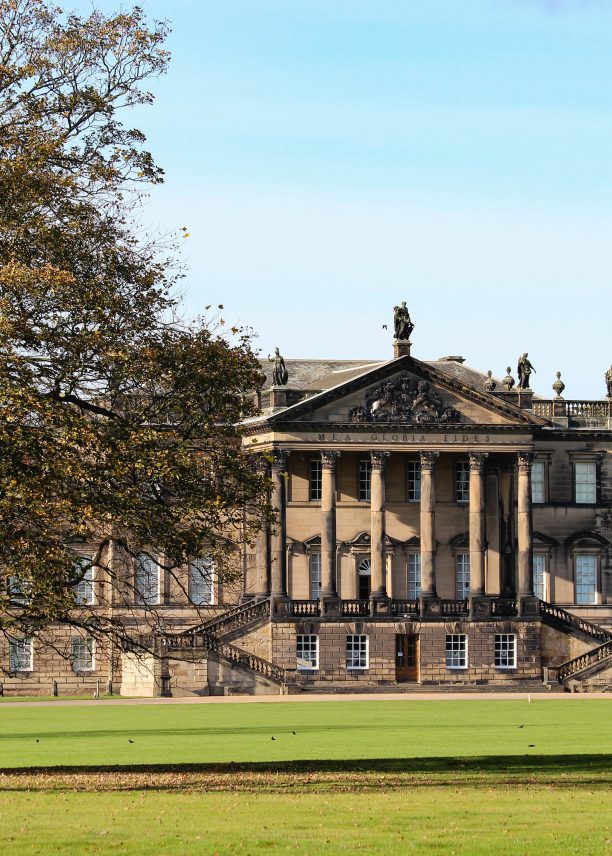 Following World War II, part of Wentworth Woodhouse, and its associated parkland and the entirety of the Stables, Riding School and Mews Court, were leased to the West Riding County Council for use as a teacher training college. In 1950 the house became the Lady Mabel College of Physical Education, which later merged with Sheffield City Polytechnic. Then in 1986, the polytechnic moved back to Sheffield and vacated the property.

This is a spacer block.

In 1989, Wentworth Woodhouse, Stables, Riding School, Mews Court, college buildings and immediate setting of parks and gardens were purchased by Mr Wensley Haydon-Baillie for use as a private residence.

This separated Wentworth Woodhouse Estate from its wider historic estate.

There are traces of the

Above the lower wing, a narrow strip of the 17th Century house can actually be seen.

Look out for the

Over the windows of the south end the Wentworth Crest and the letters TW can be seen. The initials may stand for the first or second of the Watson owners.

The village dates back to

The Wentworth family came to own the lands around 1300. They were united by marriage with the Woodhouse family, who lived on the site of what is now Wentworth Woodhouse. 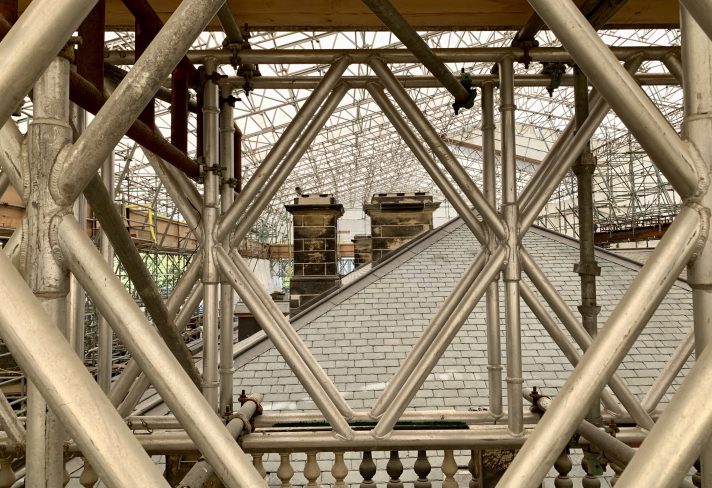 The fascinating history of the House and our exciting regeneration plans 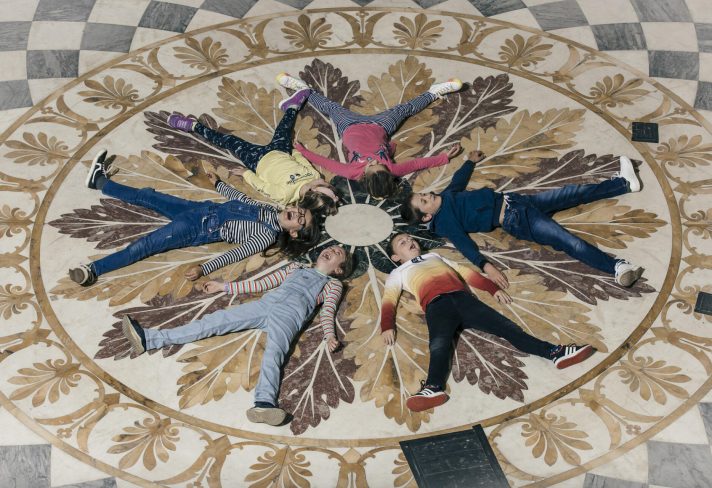 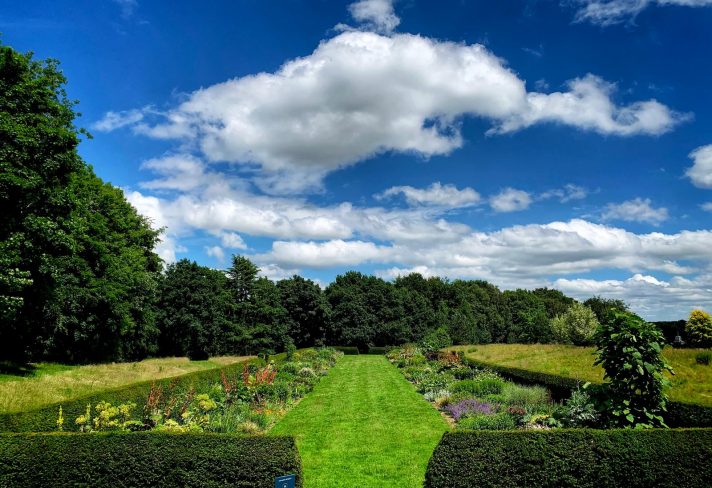 With over 80 acres, there is plenty to see and explore